This trip was a last minute trip decided totally on the ice out for the year. May 1st we were given the all clear so we decided to head up the following day for a 4 night canoe trip starting at access #8 Cache lake. This was a first time for us from this access so its always more exciting to see something new in the park. The permit was issued from the Canoe lake permit office which opened at 07:00 that Saturday morning. Before we knew it we were at access point offloading our gear on the dock. It was a beautiful morning and the lake was like glass. Mike and I made quick work of loading the gear in the canoe and we pushed off shortly after 08:00. Cache lake is best travelled with map in hand at least for first timers like us. We navigated through the islands and then we had the portage sign to Head lake in site. 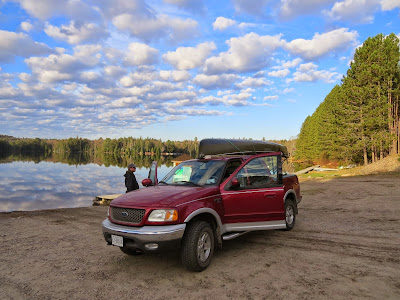 The portage into Head was well traveled and was completed in one trip without any trouble. I carried one pack and the canoe as Mike loaded up the food barrel and his pack. The put in to Head was not too bad, a bit rocky but we managed to get loaded up and push off into Head lake. We decided to check out Head creek on our way and we took a couple casts and some pictures of the rapids. 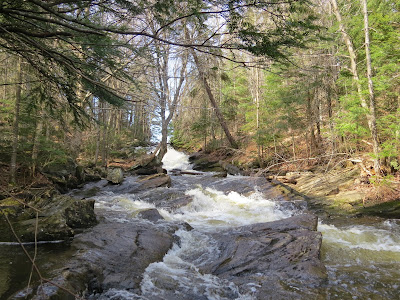 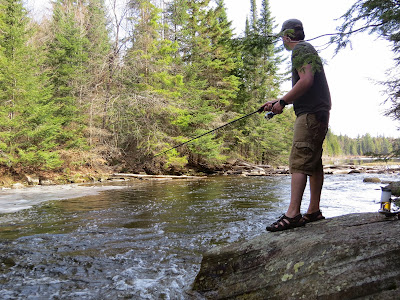 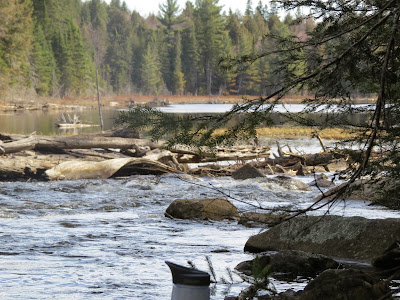 Shortly after our side trip to Head Creek we headed to the portage to Harness lake. This portage was the toughest of the trip in my opinion. At one point it seemed almost vertical and with some dead fall also at that point we had a hard time getting past it. Harness lake was a very nice lake and we decided to paddle it without fishing in order to get to Pardee lake and set up camp. 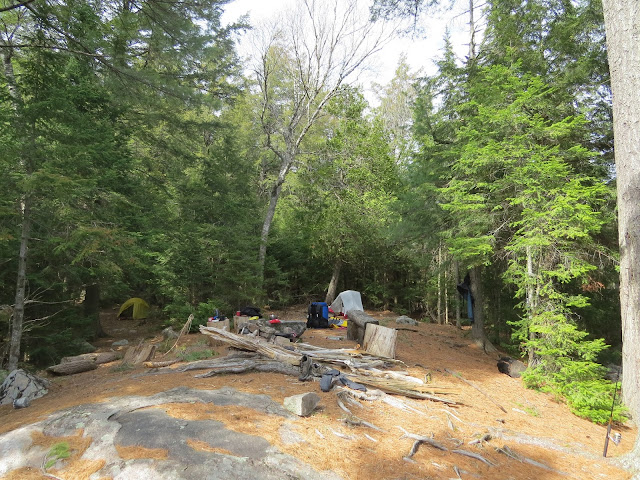 The site on Pardee was recommended by a co-worked and it didn't disappoint. The site was South facing and provided a great view of the lake and had the sun on it all day long. We set out to fish some of the surrounding lakes after camp was set. 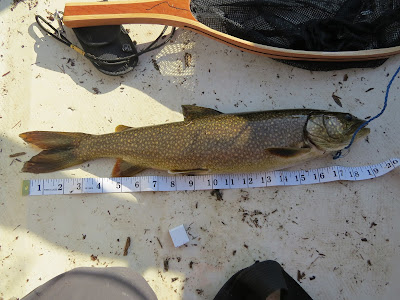 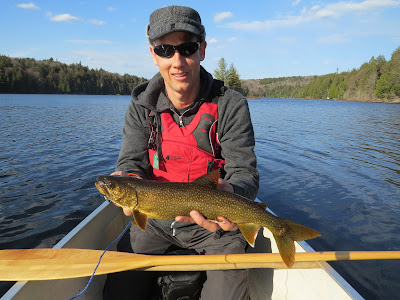 We had okay luck that afternoon for only spending a couple hours fishing. We made our way back to camp and enjoyed the evening. 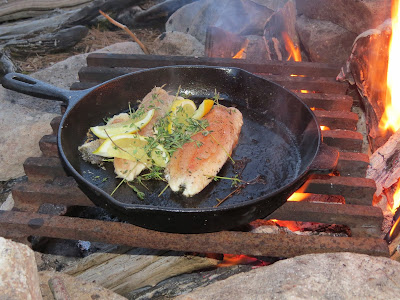 This was our first taste of trout for the 2015 trip. The cast iron frying pan was well worth the effort to portage in. The next morning the fishing was pretty good! Mike managed to catch his limit early in the day. It was barely even light out and Mike caught a couple nice lakers. 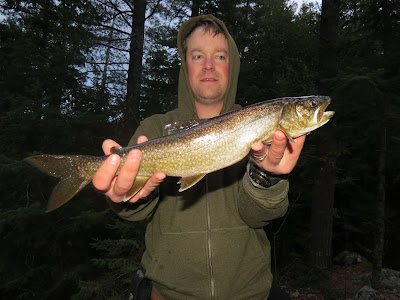 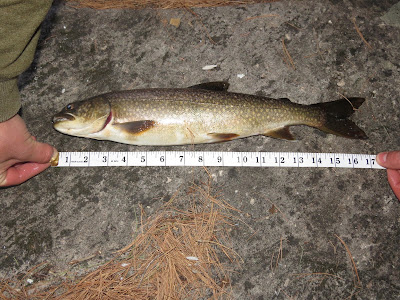 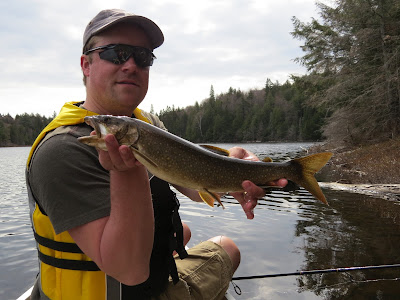 These moose were beside our site on Pardee lake. After a few minutes of watching them from a distance they wandered off into the woods 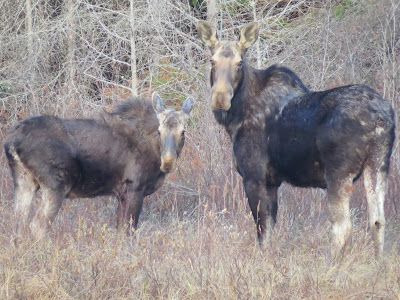 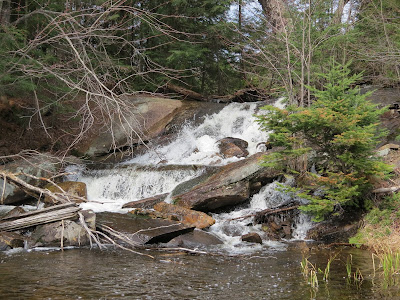 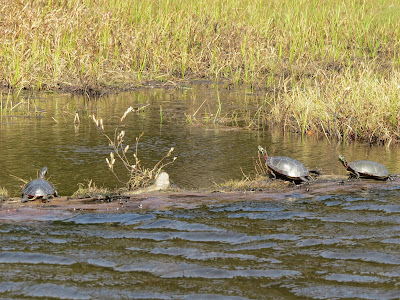 These painted turtles were enjoying the morning sun. Pardew Lake just like a mirror most of the day. 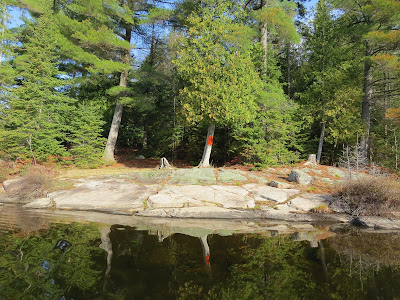 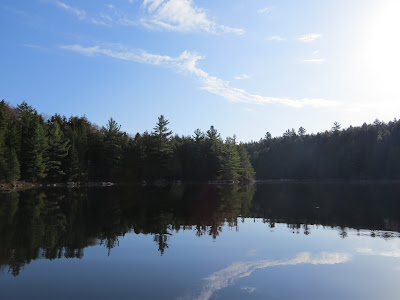 Pardee lake is an incredible lake to base camp on. The surrounding lakes have great views and the fishing wasn't to bad either. The portages to area lakes are nice and not hard to follow. This is an area in the park I will surely revisit in the years to come. 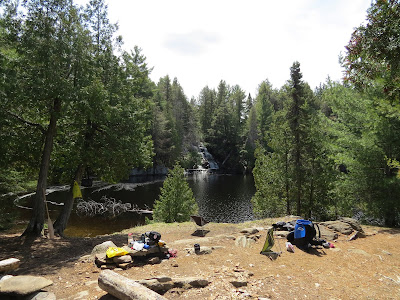 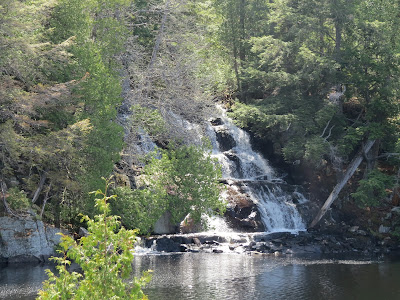 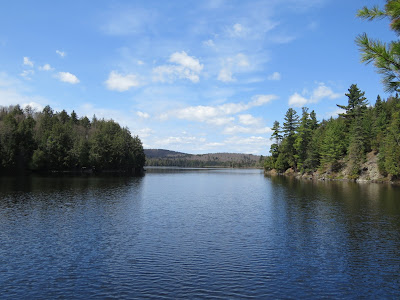 We opted for the site on Head lake at the base of the water fall from Kenneth lake. This site offered protection from the west wind that day.  We hiked up to Kenneth lake by way of the feed stream to the water fall. This was a muddy trek and there were lots of downed tress blocking our path. 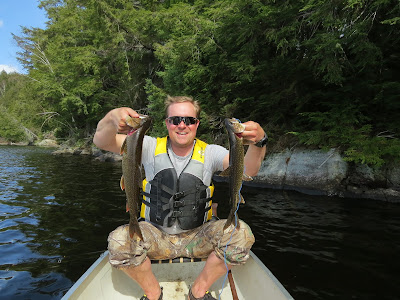 This was the day that Mike decided to rub his trout fishing luck in my face. it sure did taste good though. 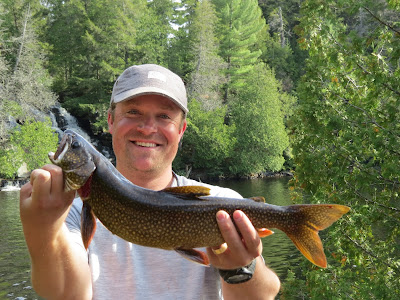 Mike's laker was the largest of the trip at 23" 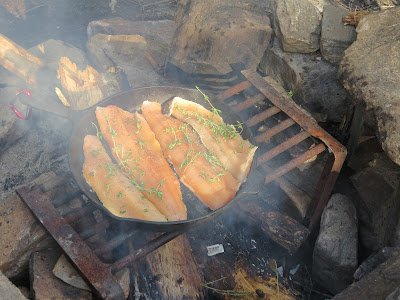 The last trout supper of the trip 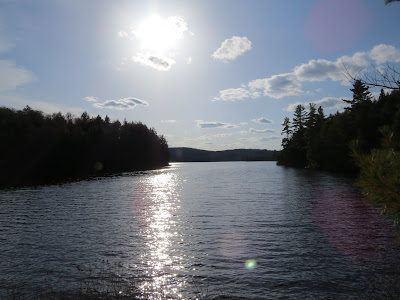 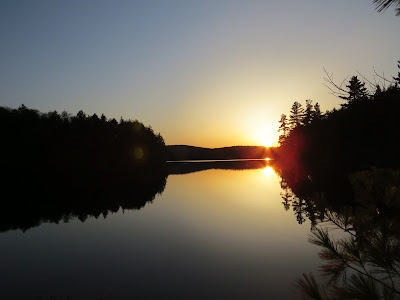 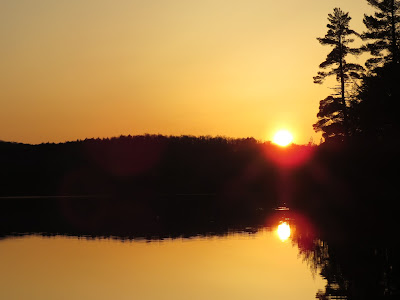 An awesome sunset on Head lake. the opening to the small lagoon our site was on provided a perfect frame for this picture.
at June 13, 2015