In May of 2007 we gathered a group of 9 and set out to explore more of Pen Lake. Our friend Steve brought up some of his friends and family and we went up with our Dad and his friend Jim.
We stayed on the Western most island, the Southern side of the island. In the future Blake will stay on the Northern site on this island. 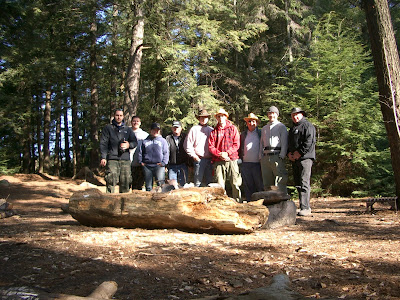 This is the group of campers that assembled for this trip. 9 people is the largest party that you may have on one site in Algonquin. 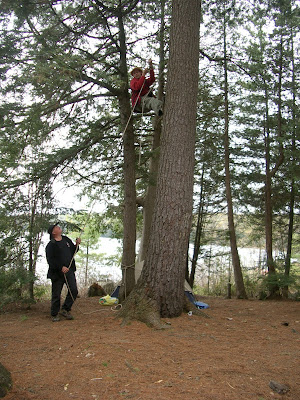 Dad's friend Jim was an expert with a rope and we all got a lesson in scaling a tree using nothing more than a rope and some really cool knots. 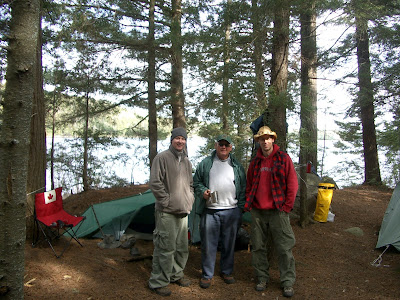 We camped on the west island at the North end of the lake. The South site was the most inviting for a large group such as this. Our Dad is pictured here with my brother and I. We spread all the tents out so that each person had some privacy and nobody would have to hear some of the campers snoring. 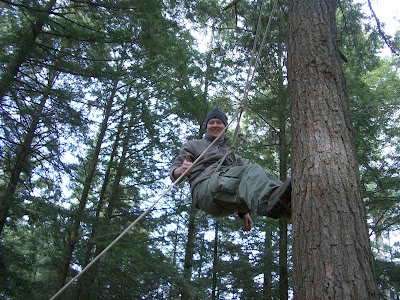 Blake making his first attempt at scaling the tree. It is amazing how much one small branch will hold if rigged properly. 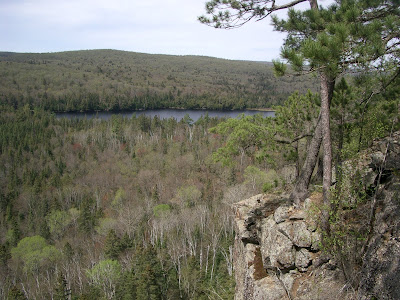 This is a view from a rock face we climbed up to. Off in the distance you can see the South end of Rock Lake. We estimated that the drop from this point was about 80 m so nobody wanted to get too close to the edge. 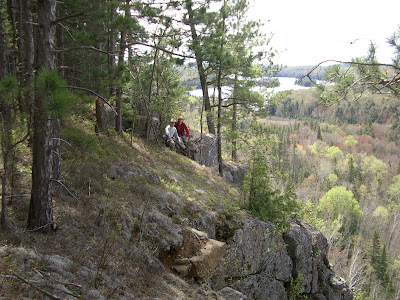