This trip was a chance to get away into the park for one more canoe trip before winter. This time our nephew Daryl came along as well as our friend Mike. The weather was not the best for a late season trip such as this. We had to contend with wind and rain on most of the trip. Our first day took us to Tom Thompson and we were forced off the lake by an incredible head wind. We opted for the site along the side of the narrow passage to Bartlett lake. The site was rather large and had plenty of space for two hammocks and two tents.
After we were set up and fire wood had been gathered I decided to take a solo paddle into Bartlett lake to check out the camp sites on this lake. I really liked this lake and would like to some day spend a night on this lake in the future.

I slept very well the first night and woke up before sun rise to start making some coffee and oatmeal. The day looked as though it was going to be another overcast one and rain was likely in the forecast. We packed up and vacated the site before 08:30am.

The Tom Thompson to Ink lake portage was on the agenda first off for day two. We managed the portage in good time one tripping it for all but the last 200m. Mike and I were the first to the Ink lake end and we sat and had a snack while waiting for Daryl and Blake. I noticed a couple of Grey Jays in the trees overhead. I held out my hand and in seconds one was sitting in my hand trying to take my granola bar. Blake and Daryl arrived and we were soon off to Ink Creek, a favorite spot for me in the park. We were at McIntosh in what seemed like no time at all. Since our last time on this lake we were forced to the West shore due to heavy winds this time we stuck to the East shore as we searched for a site. We stopped and checked out about 3 or 4 before settling on one around the point near the North East end of the lake. This site was large and protected from the wind. It started to rain as we were setting up and we struggled to get a fire going but were successful in the end. I set out to explore this end of McIntosh and got wet from the increasing rain fall before returning to the site for the night.

Day three we set off for Brule lake and this took us through a few smaller lakes none of which we had traveled before. The first was Straight Shore Lake, followed by Rosewood.  The Rosewood to Brule portage was mapped as 175m but since we took the wrong way, we actually more than doubled the portage.

We soon entered Brule Lake and made our way to our third and final campsite for the trip.  We rounded the corner and located the campsite sign.  The takeout for this site is very steep and narrow.  We managed to pull the canoe up the hill and haul our gear up to the top, where the site is located.

After a short time we decided where our tents and hammocks would be situated, and we made camp.  I set off to try to catch some bass, and on my first cast I reeled in this 3 pounder, seen in one of the pictures below.

The weather turned cold and windy that afternoon, and we were forced to wear all of our clothing to keep the chill off from the strong cold wind.

We pretty much hung around the campfire that afternoon, and tried to eat up as much of our leftover food as possible.

Day 4
We packed up extra early, just as the light of day was setting in.  We were soon on the water and heading towards potters lake and potters creek.  The wind was out of the south and by the time we reached Canoe Lake we were faced with a full-on headwind and whitecaps.  We hugged the east shore of canoe lake, rounding the corner at the Tom Thompson cairn and totem pole, and made a B-line for the east shore, crossing the mouth of Ahmek Bay.  We continued down the east shore, eventually rounding the corner, and into site of the Canoe Lake Portage Store.  This ended our final trip of 2013. 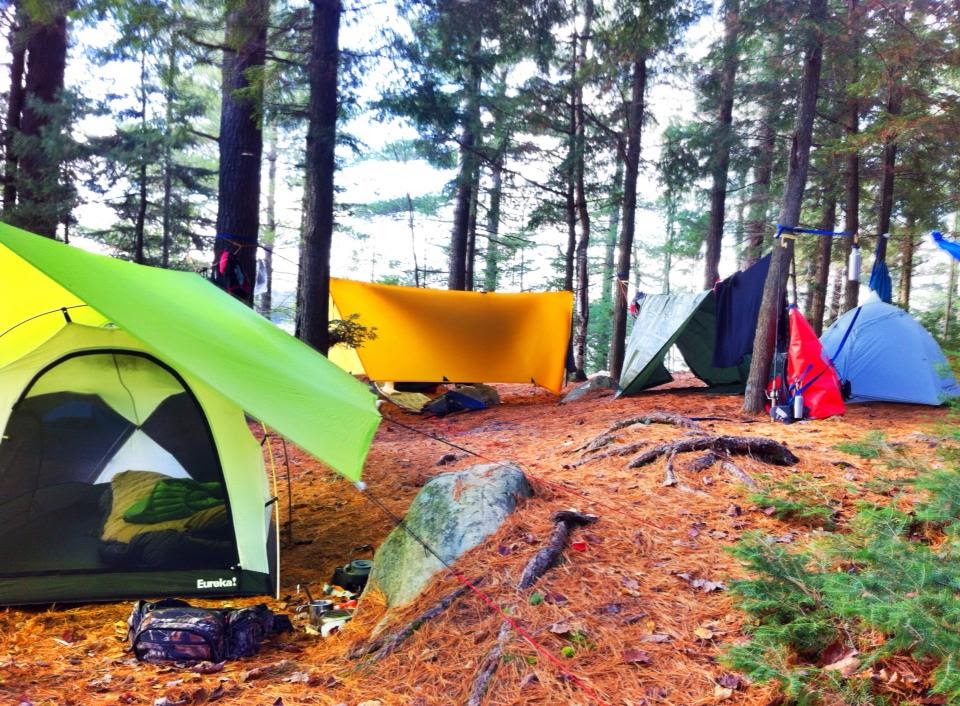 Brule Lake Campsite up on the Hill 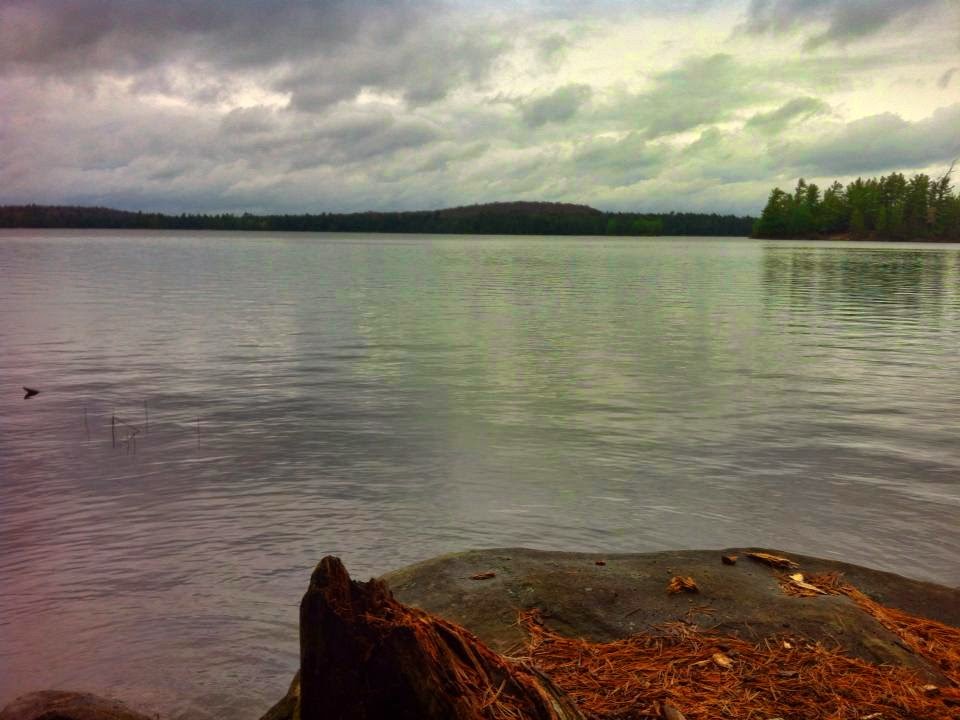 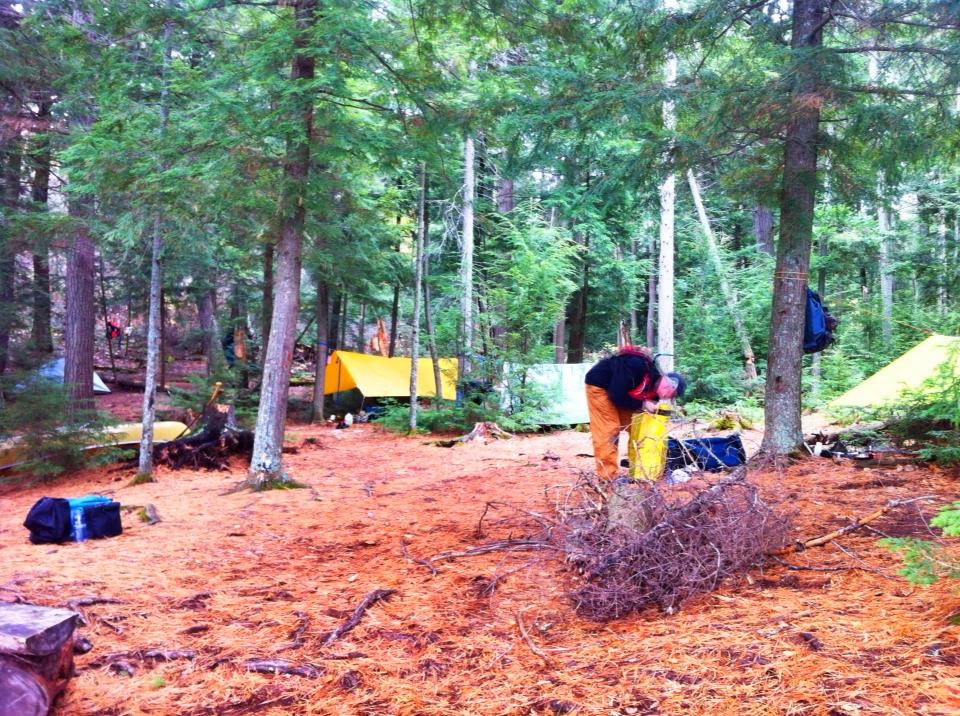 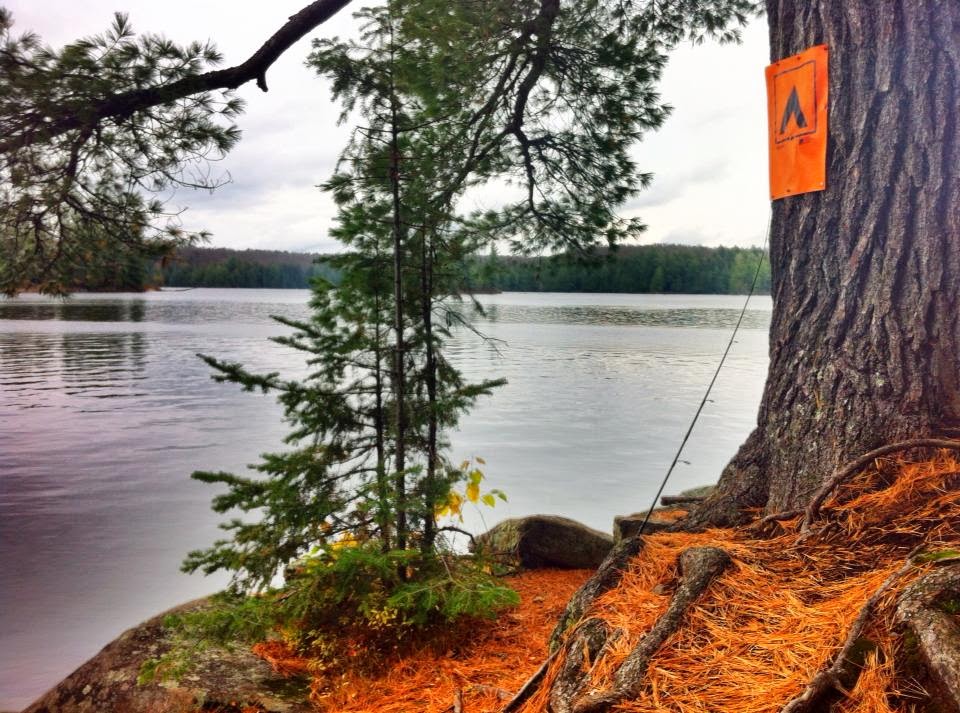 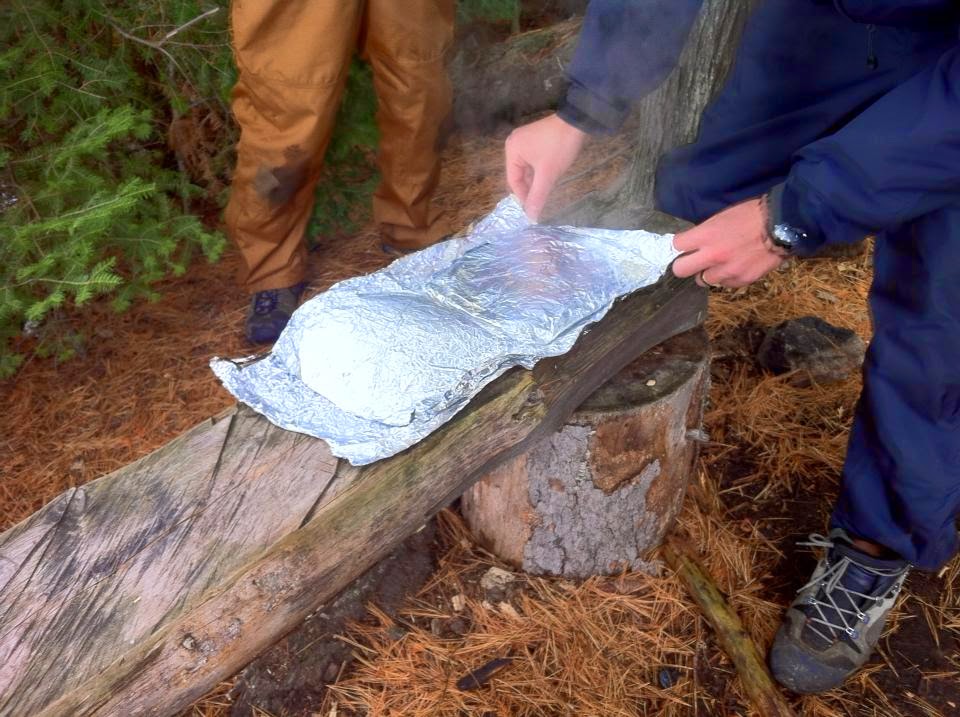 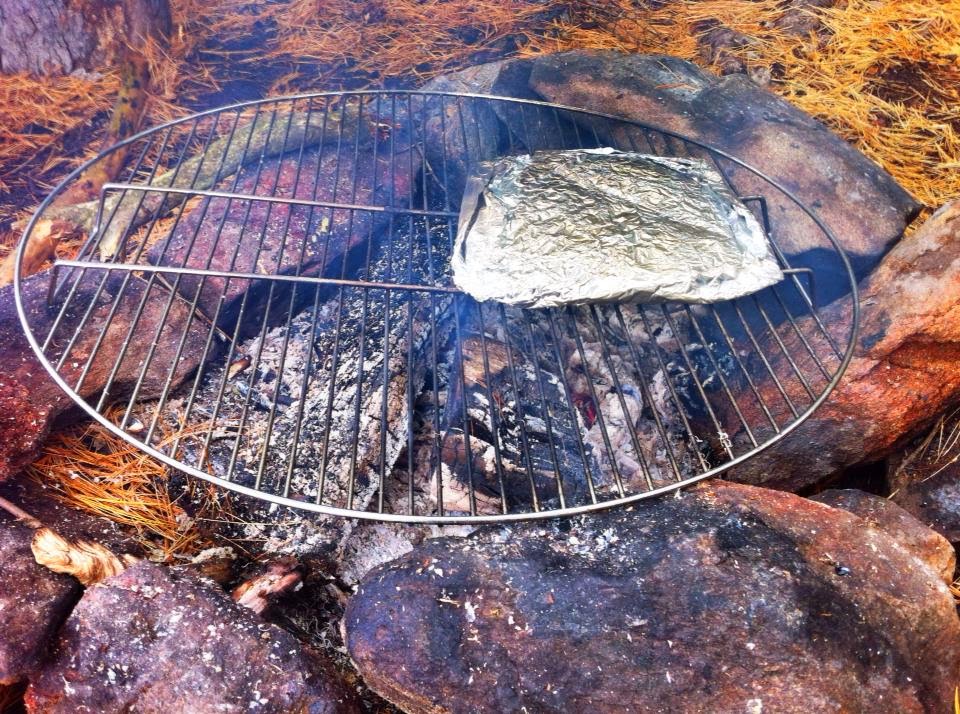 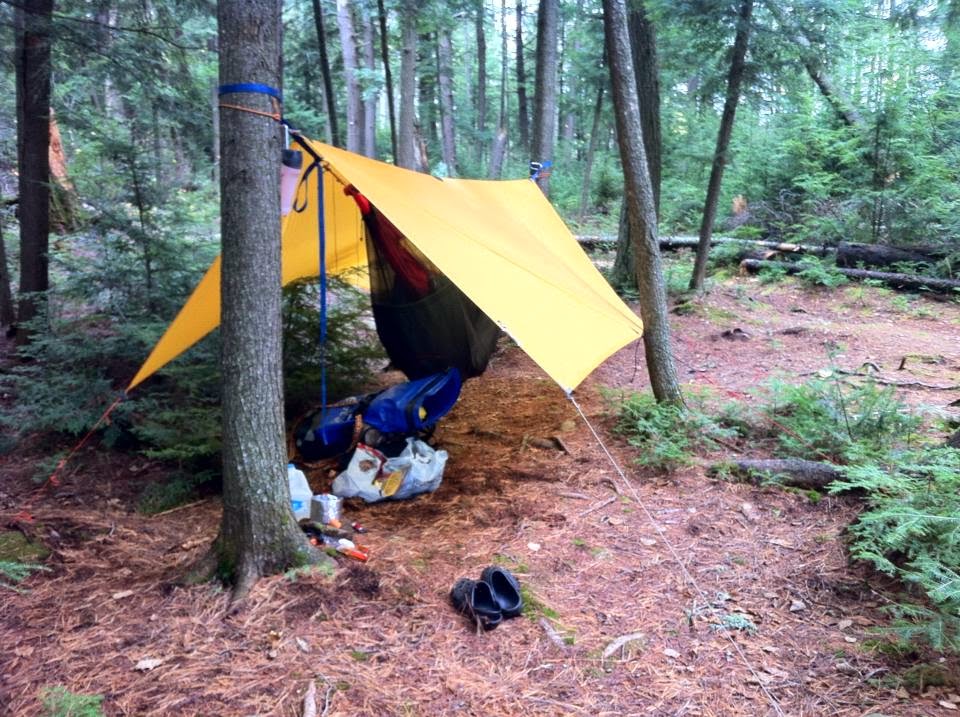 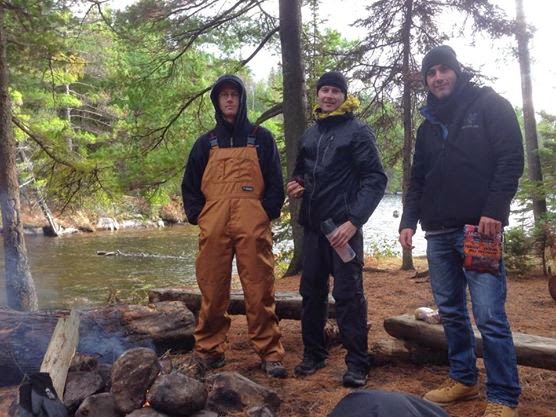 Chilling out around the fire at Tom Thompson Site 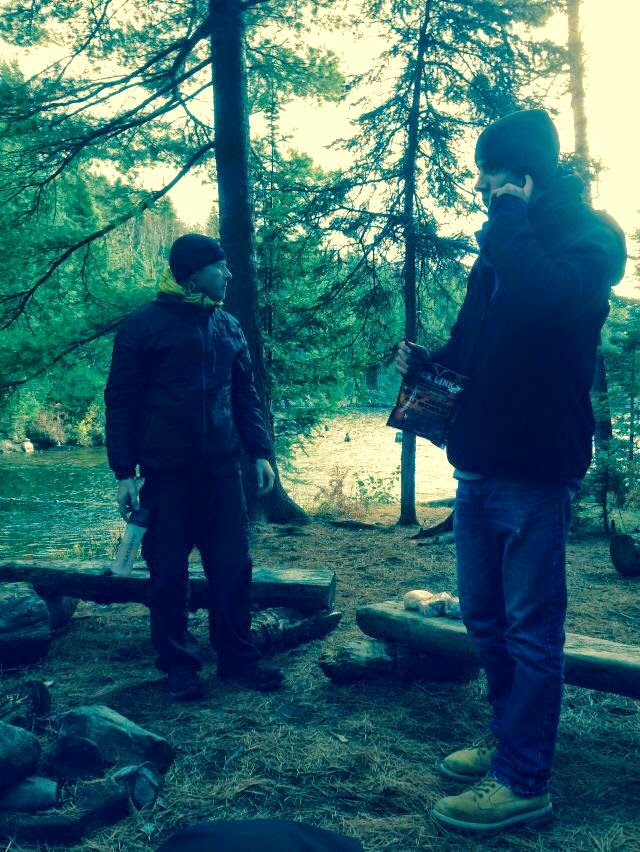 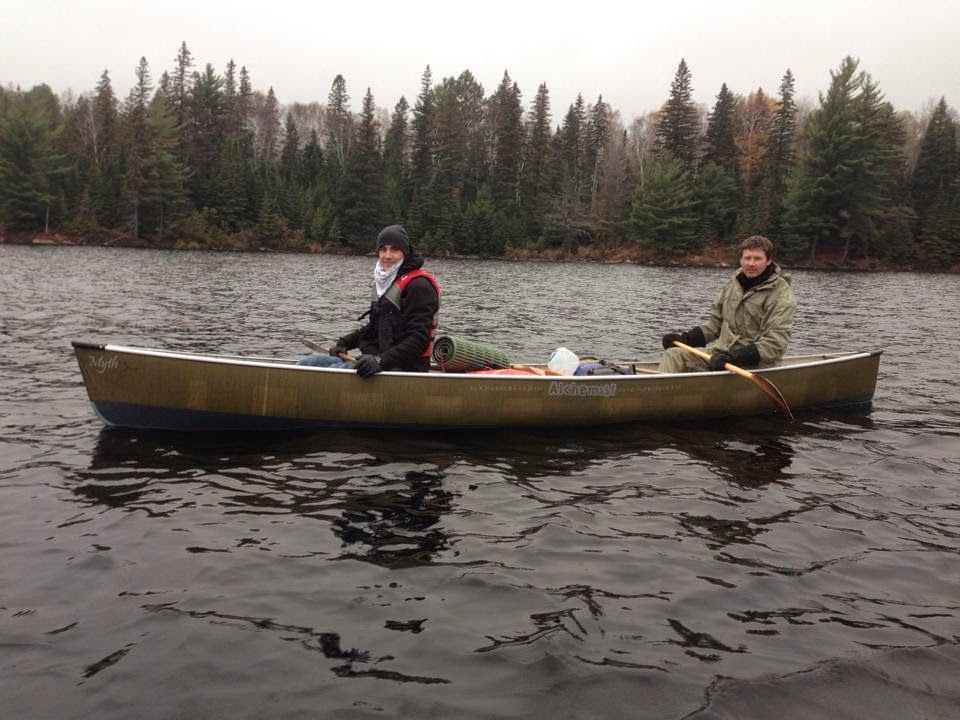 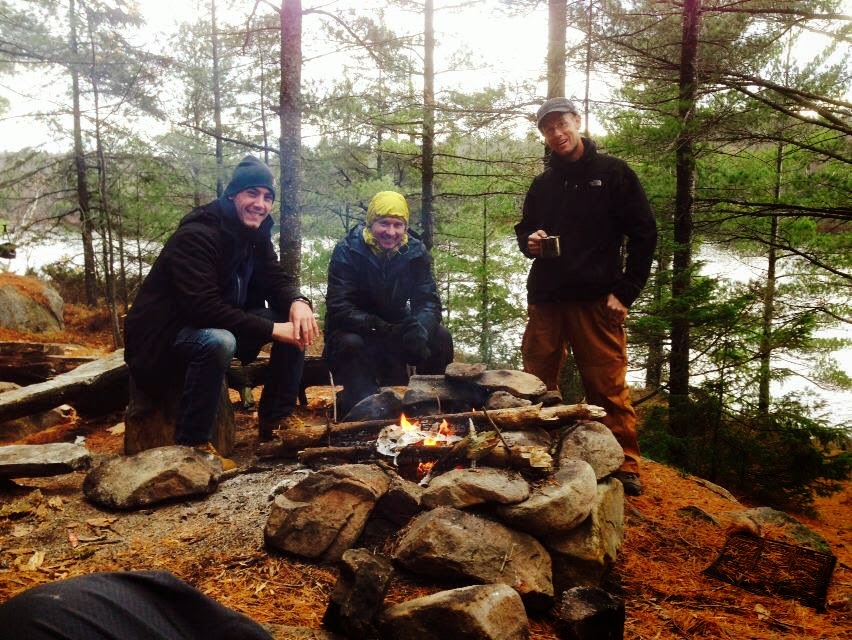 Campfire on the hill on Brule Lake site. 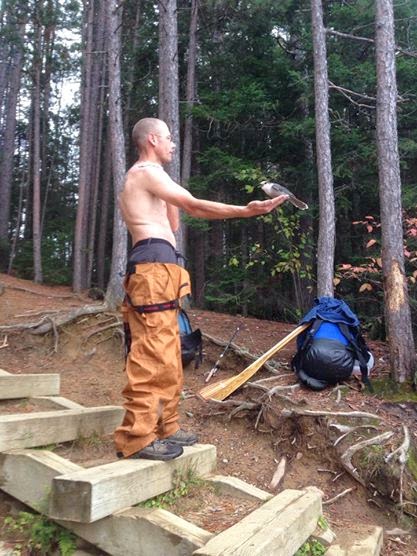 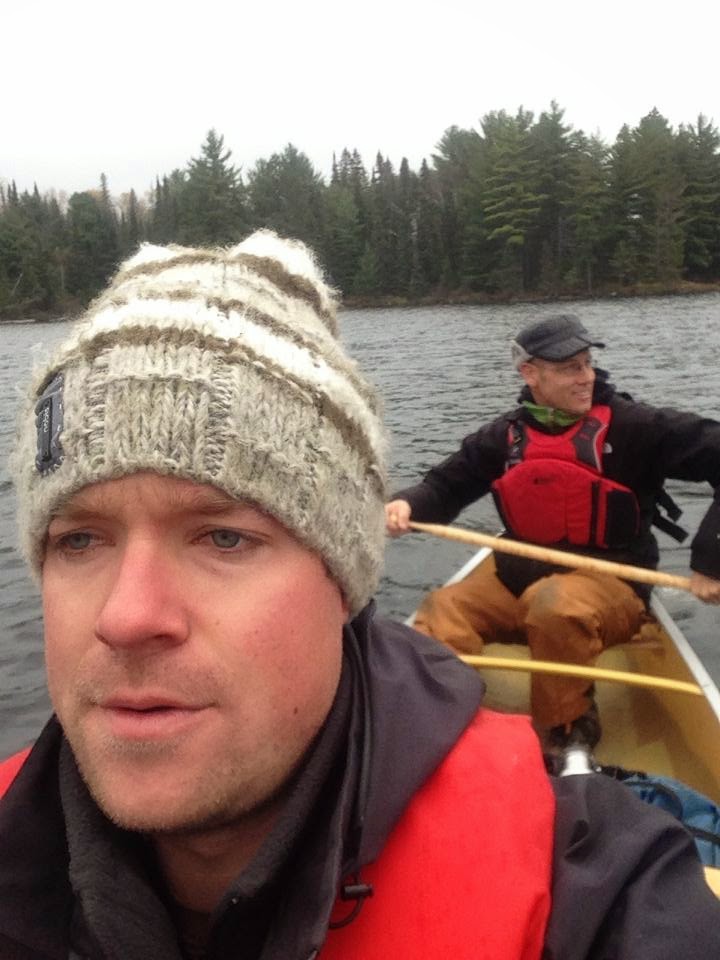 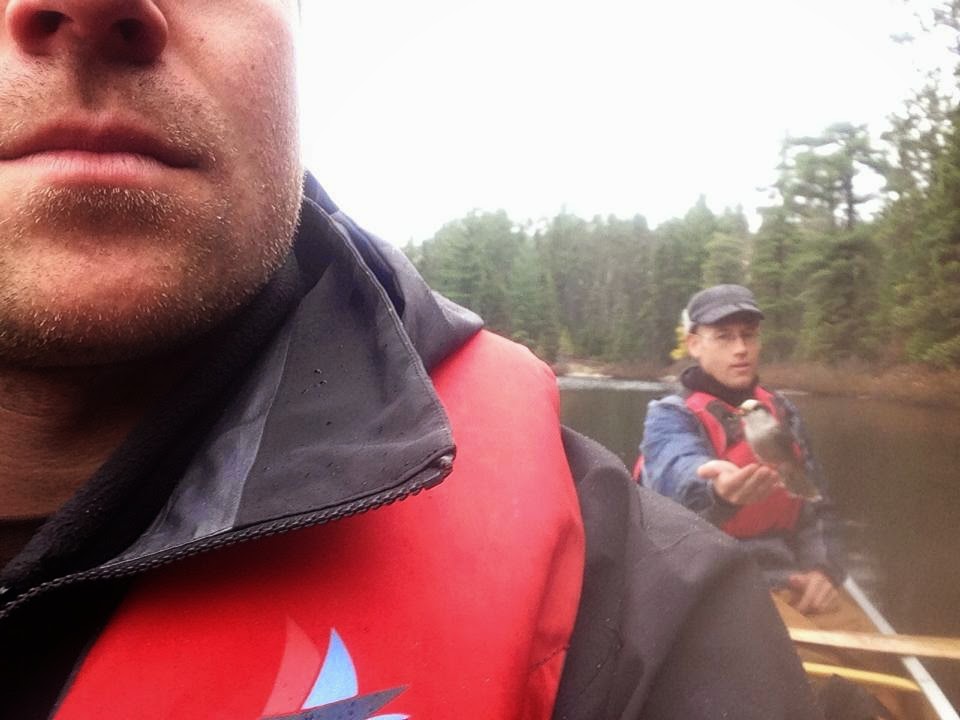 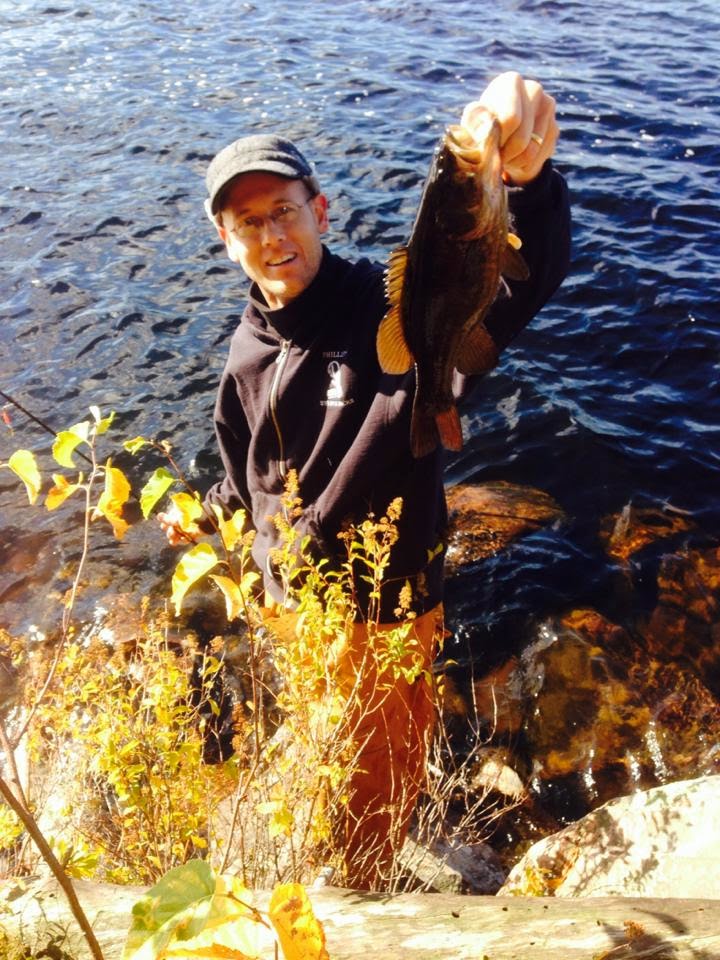 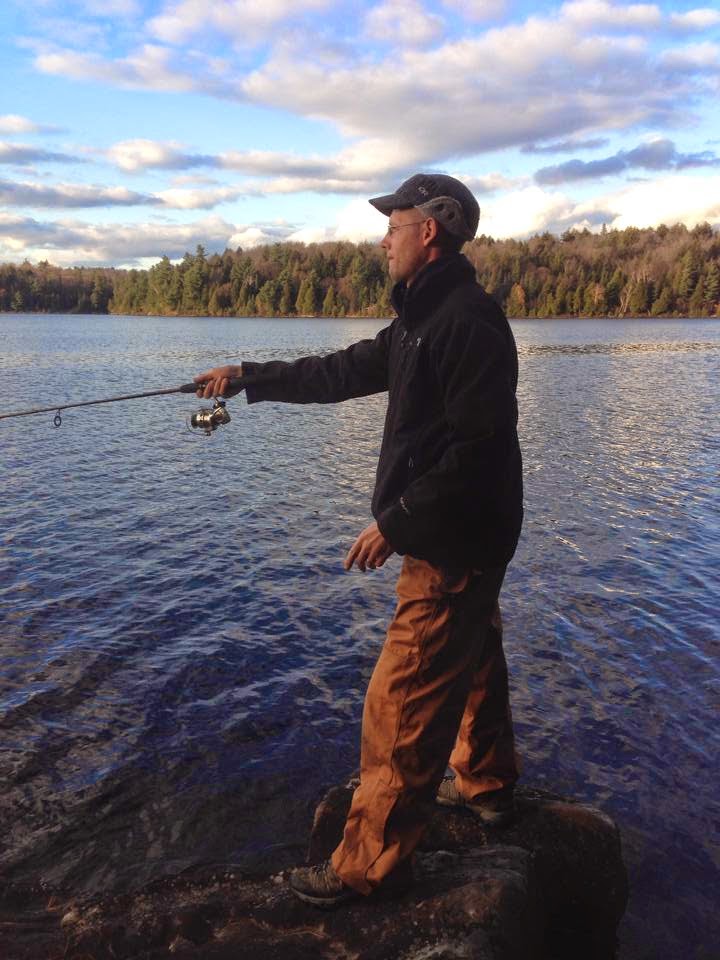