This trip was a makeup for our cancelled May trip. With our friend Mike coming along we packed to be able to fit into the 16' Alchemist. This trip we were excited to check out a gem south of 60 again as we had a few years back. The weather was nice and the park was busier than I had ever remembered it to be. Both the Canoe lake lot and the Smoke lake lot were full to capacity. We were lucky to get a spot as another car from a cottager had just left.

As we loaded up the canoe and shoved off the dock we were faced with a lake like glass and sun. The paddle down Smoke was uneventful but a pleasure due to the calmness of the water and lack of any wind.

The portage up into Ragged was a busy one. Nobody was heading in but many campers were heading out. The put-in on the Ragged lake end was a steady stream of canoes. We took a few minutes to have a snack and just sit back and read the map and observe the other campers as they jockied for a landing spot at the takeout.

We loaded up after the madness was gone and headed out into Ragged lake. The sun was beating down and the water remained like glass. Mike and I decided the throw a line out and troll along as we made our way around the large island in the main body of Ragged. We aimed to hug the shoreline of the island and as we paddled along we met a camper getting some water from the shoreline in front of his site. We slowed to a crawl as we passed by and talked to the loan camper for a minute as we drifted by. Just then I had a bit on my line. Seconds later a fish launched from the water and tried to shake the hook free. I reeled in a nice small mouth bass. This was a great sign for me because I normally get skunked. After a brief video shoot of my catch I released the fish and we headed on down the lake. I caught one more bass a short time later and released as well.

The channel approaching the portage to Big Porcupine was very shallow, We made our way up the channel and located a good spot to takeout. This portage was also very busy. We one tripped this one as well and managed to find a spot to set down our gear at the Big Pocupine end as we again waited for the campers heading home to be out of the way.  I enjoy checking out what gear people take along as we sit and watch them portage on by.

This section of our trip in was starting to get secluded. Not as many canoes around and still the sun was shining down on us. The wind had just started to show itself as we headed around the horn towards the west end of the lake. As we rounded the horn and headed down the channel to the south section of the lake the light wind was at our backs so we didn't even have to paddle down the channel. I steered a bit and we took a few minutes to just take in the scenery.

The South portion of Big Porcupine was as expected, nobody around and nothing but birds chirping and the sun shining down on us. As me made land fall at the takeout to the short portage into Bonnechere we met a large group of guys heading home. Again we moved aside and let them get by as we waited in anticipation of whether the GAGA site would be open for us!

The put-in to Bonnechere was a mud hole as in years past. Mike discovered this as he sunk in to his knees trying to get the canoe far enough off the shore to allow him to get in. We headed out into Bonnechere and as we rounded the corner there before us was the site we had hoped to get for the night. To our amazement it appeared to be vacant. We paddled closer and rounded the corner to the small sandy takeout. It was all ours, we were in luck! We pulled up and unloaded our gear. It didn't take long to realize that the last people to camp here had absolutely zero respect for the park or any campers to follow behind them. We spent the first 30 minutes picking up cans, socks, garbage, uncooked food, eggs, toilet paper and about 24 empty plastic water bottles. It felt good to get the site back into shape but this was unbelievable to me. I couldn't understand how anybody could leave a site in this condition.

The afternoon after we had made camp we headed out to locate some fire wood. we paddled down the shoreline and located a good spot to gather some dry wood for a cooking fire. That night we made a delicious camp fire dinner consisting of cubed pemeal, potatoes and canned peaches and cream corn we had placed in plastic Ziploc containers before we left home. We wrapped the food all together in three individual tinfoil balls and placed down in the coals of the fire pit. After about 25 minutes we removed the foil balls and opened them up to see how we had made out. The juices from the meat had helped to cook the potatoes and the corn. This was likely the best camping meal I have ever ate!

This trip I was trying out a homemade gathered end hammock for the first time so I spent some time just getting used to getting in and out of it.

We were up early and Mike and I decided to travel to Cradle lake for some fishing. We headed on down the lake and checked out the other sites on Bonnechere along the way. The part of the lake up past the N/W passage I had not traveled before so it was nice to finally see it. The site on the point as we rounded the corner was vacant and looked kind of nice in my opinion. I really liked the large white pines on the shoreline of the site. The northern most site was occupied but the campers were setting out for a day trip as we paddled past. Mike and I rounded the corner and searched for the portage up into Cradle. The portage is very short and well traveled. We put in to Cradle and made quick work of circumnavigating the lake and trolling. We decided to take a short cut and portage through the campsite the borders Bonnechere and Cradle. This site was nice but would have been very buggy this time of year. We paddled against the wind all the way back to camp with out so much as a bite. It was a nice day on the water though and for that reason I don't regret it at all.

That evening we took a trip to the portage to North Grace. We walked the portage and discovered that it ends up at an unnamed pond! I took a lot of flack for that one. We made the best of the short trip and gathered some wood along the way back for that evenings camp fire.

We packed up early as it had rained on and off through the night. We were on the water by 06:30 and made our way to Ragged lake for our last night. We got about to the end of the Big Porcupine to Ragged portage and the sky opened up. We found ourselves in the middle of Ragged lake as the lightening started. We paddled as fast as possible to the nearest shore and took shelter for about 30 minutes until the lightening past. We then set out to find our site on Ragged. We ended up all the way down into Birch Point before we located a vacant site. The site wasn't great but it would do.

We managed to get a fire going and attempted to dry out or clothing. I headed out for a paddle and to try some fishing. It didn't take long before I was into some good bass fishing.


Here is a Video of the trip:  http://youtu.be/JO0G1J-DMEY?list=UUfpoPGBpJzZK001iTuc6UCA 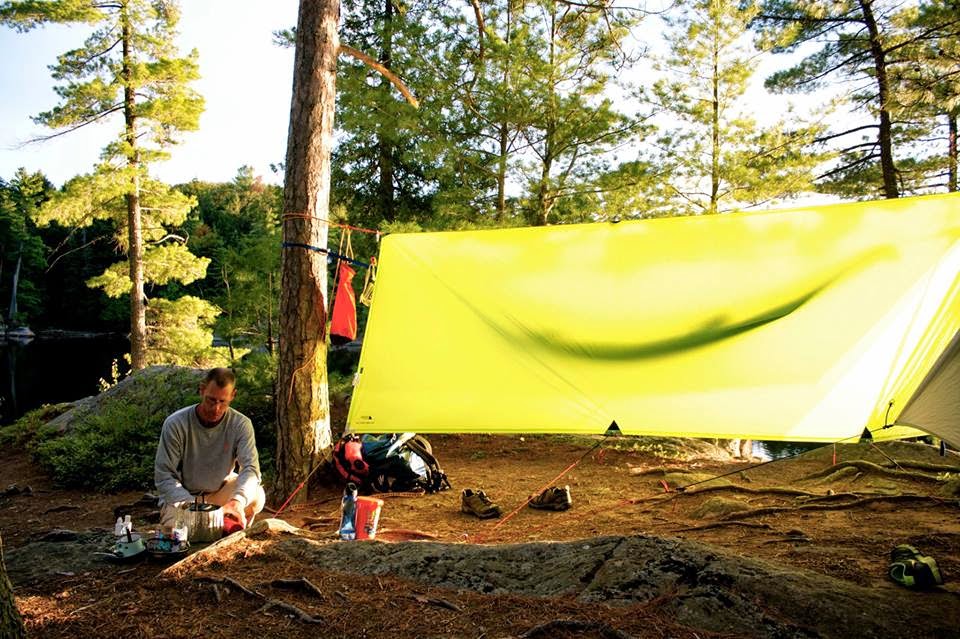 Our first night on Bonnechere 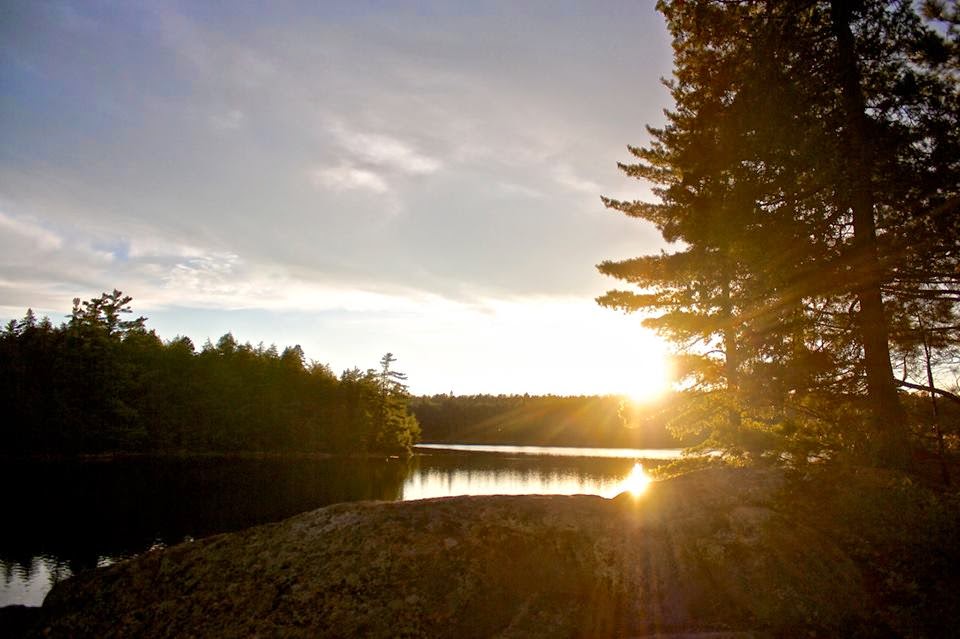 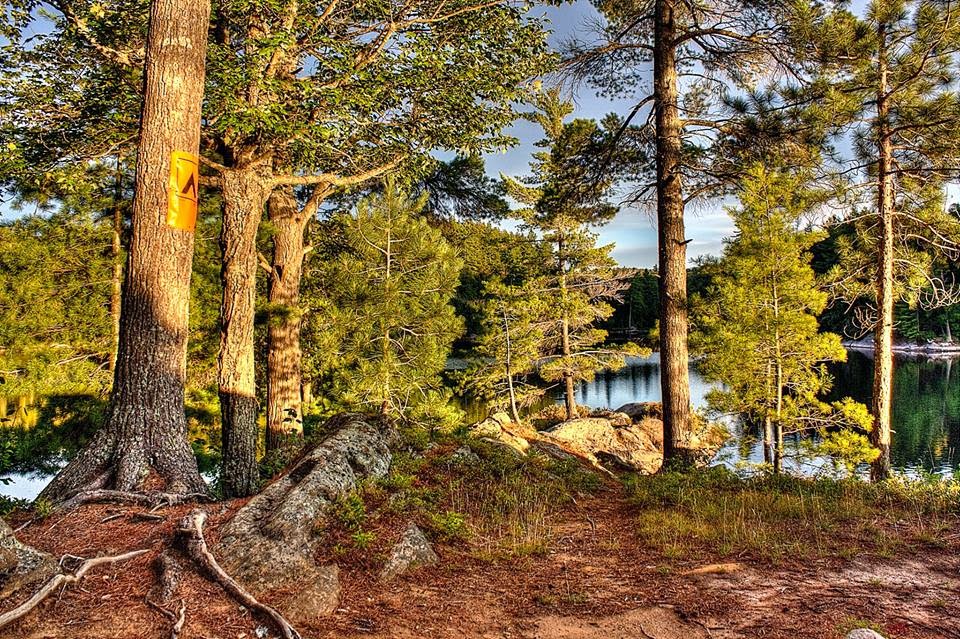 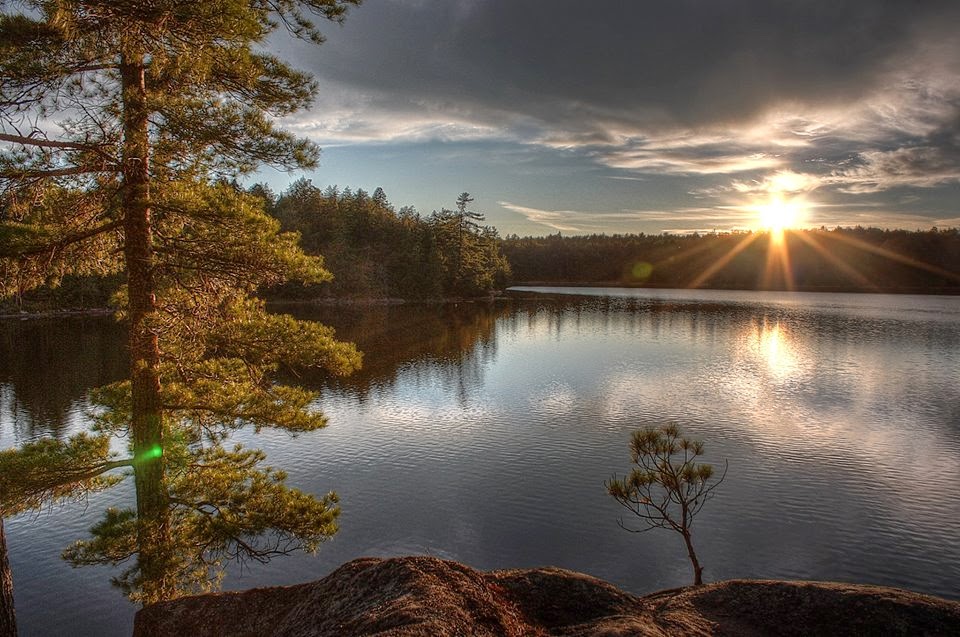 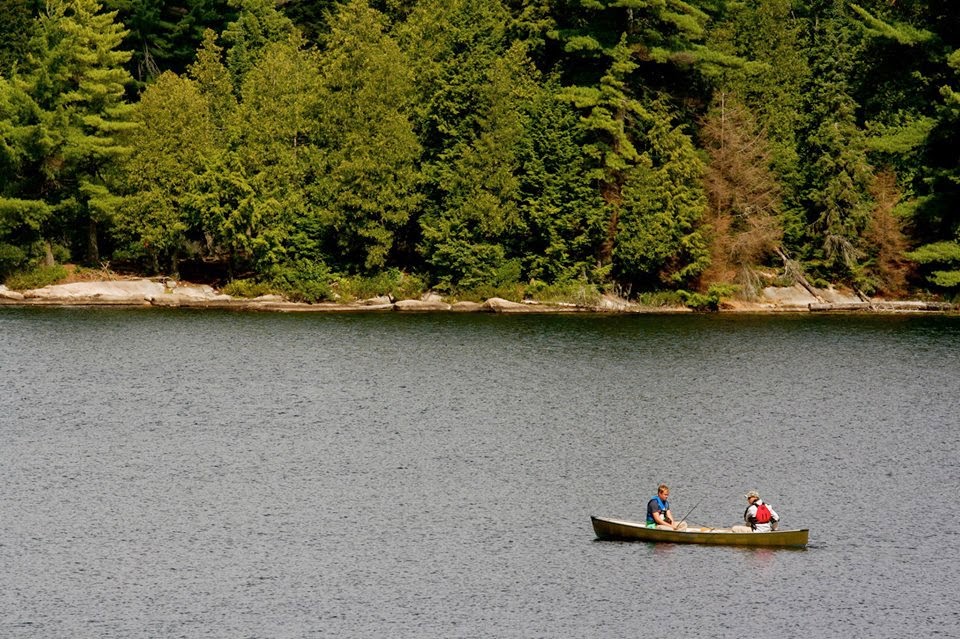 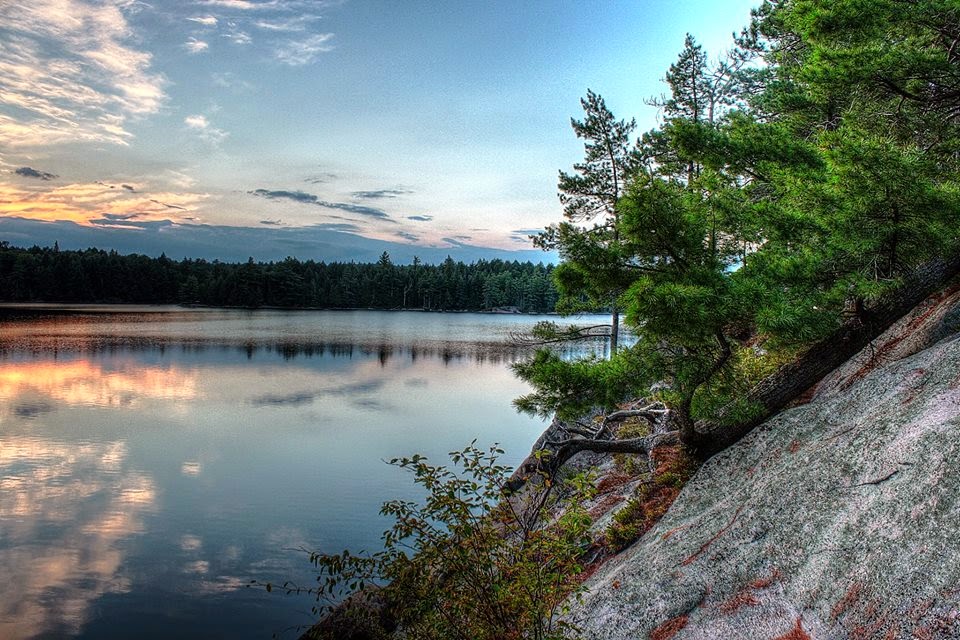 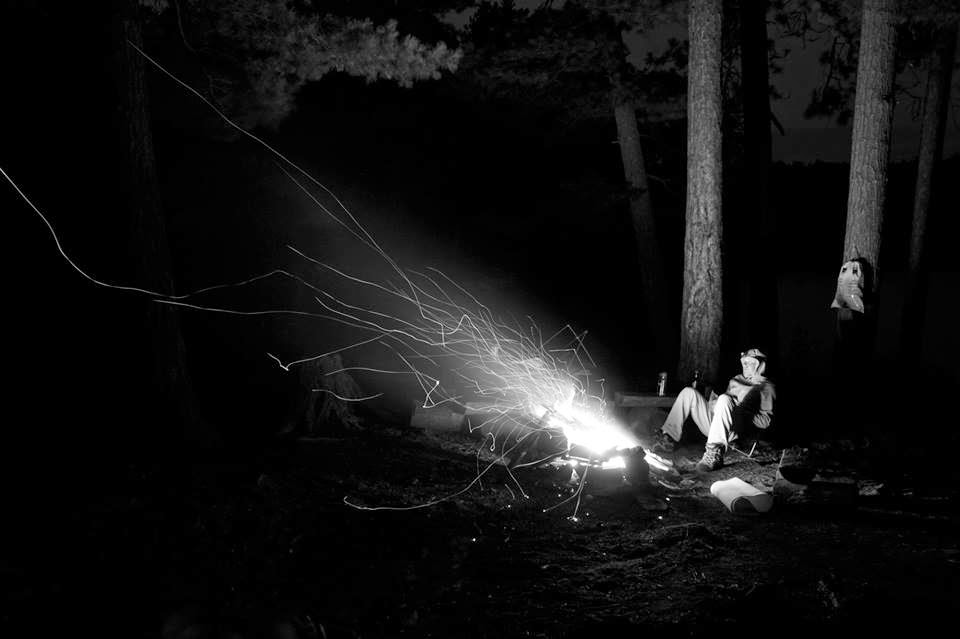 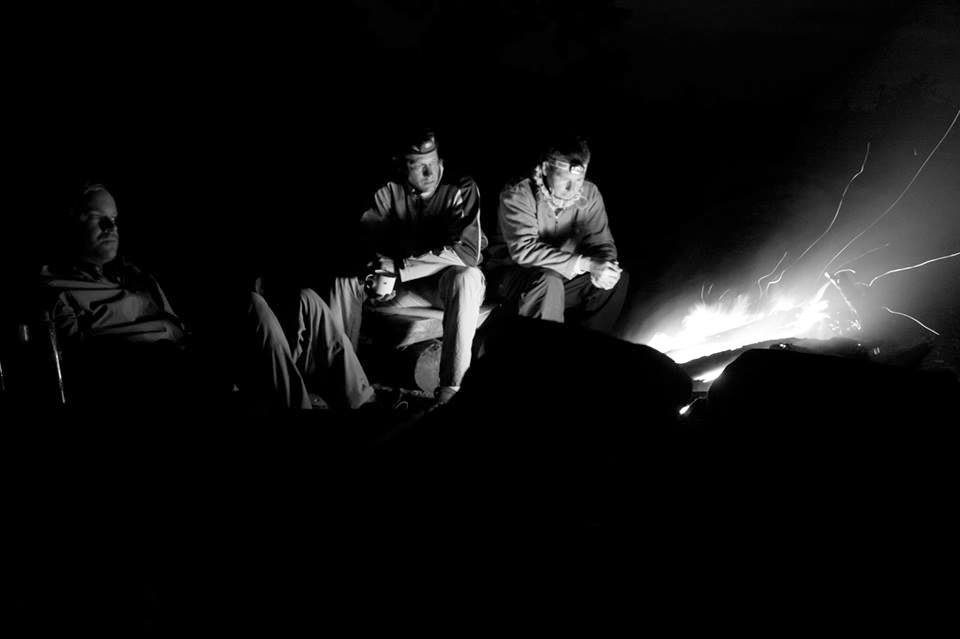 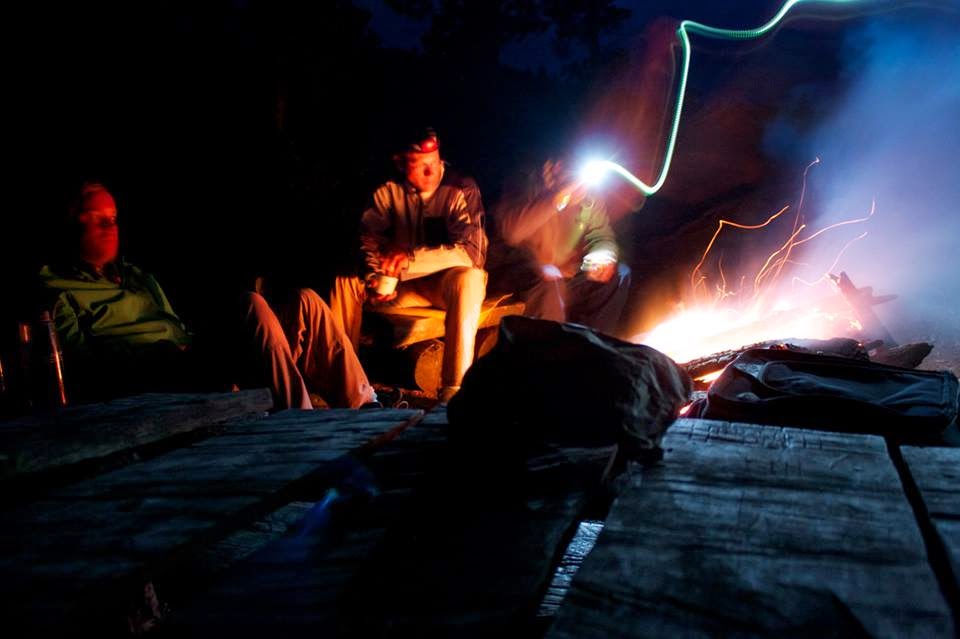 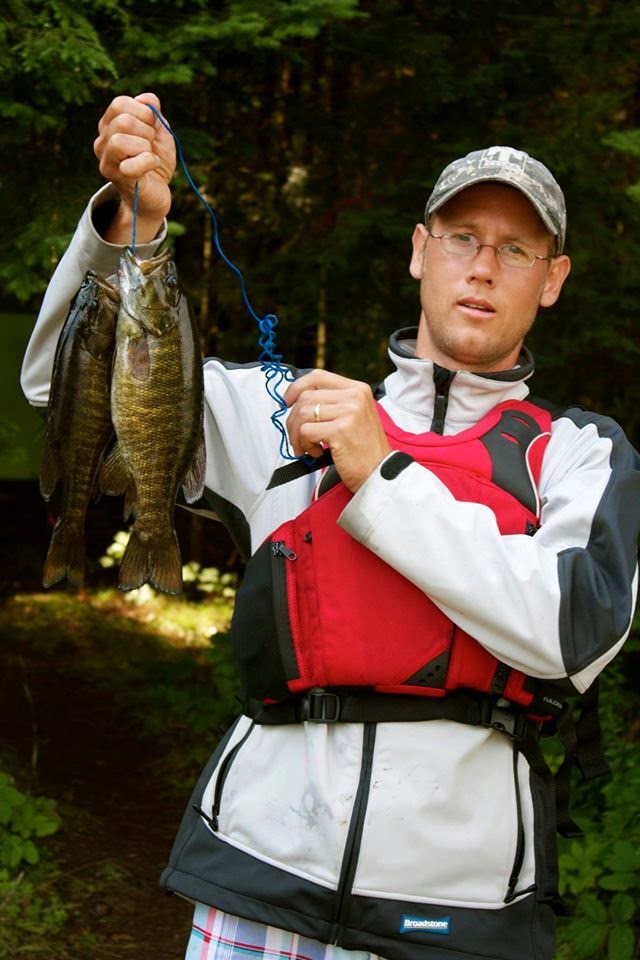 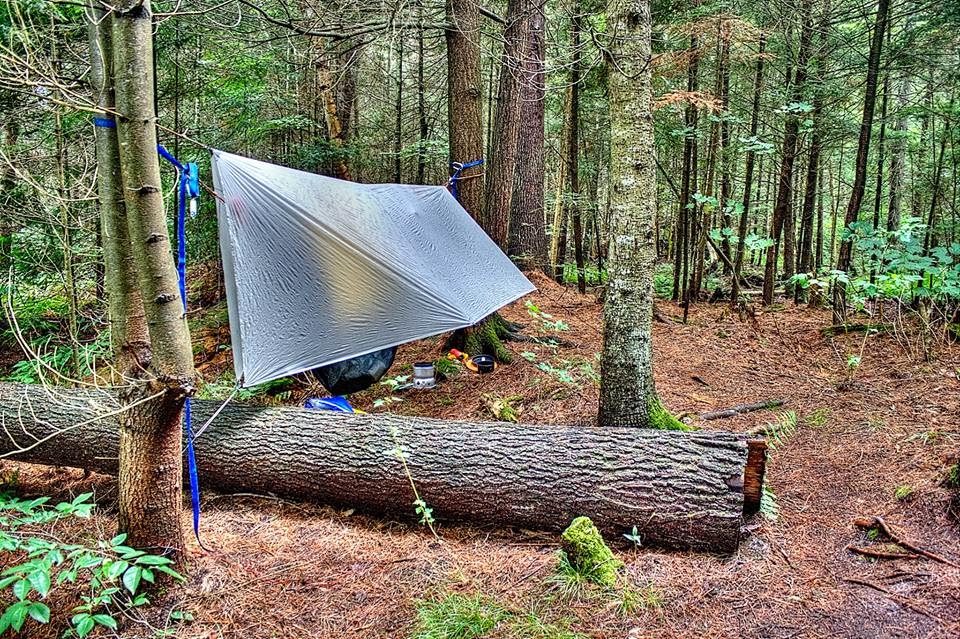 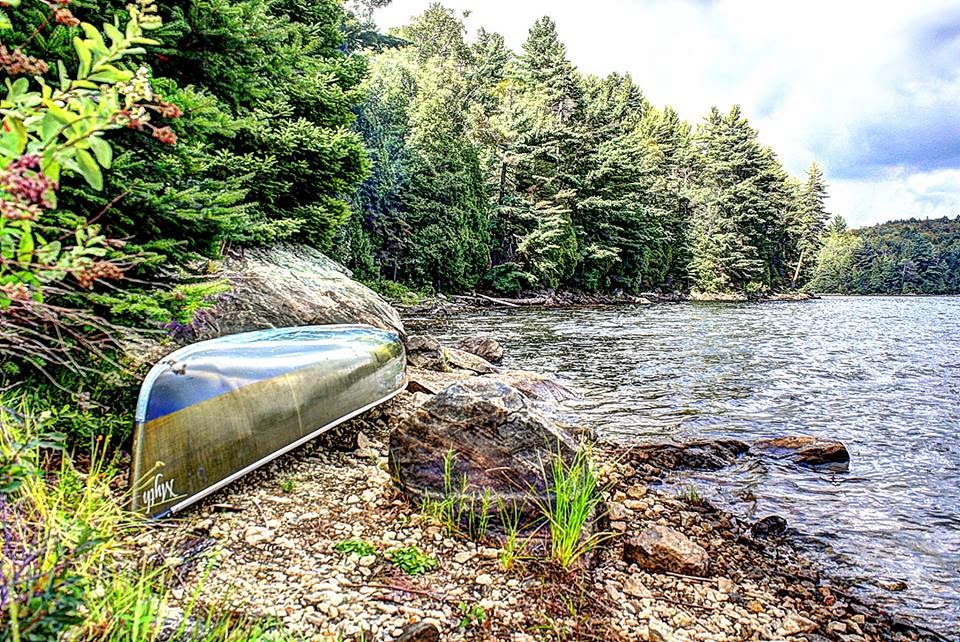 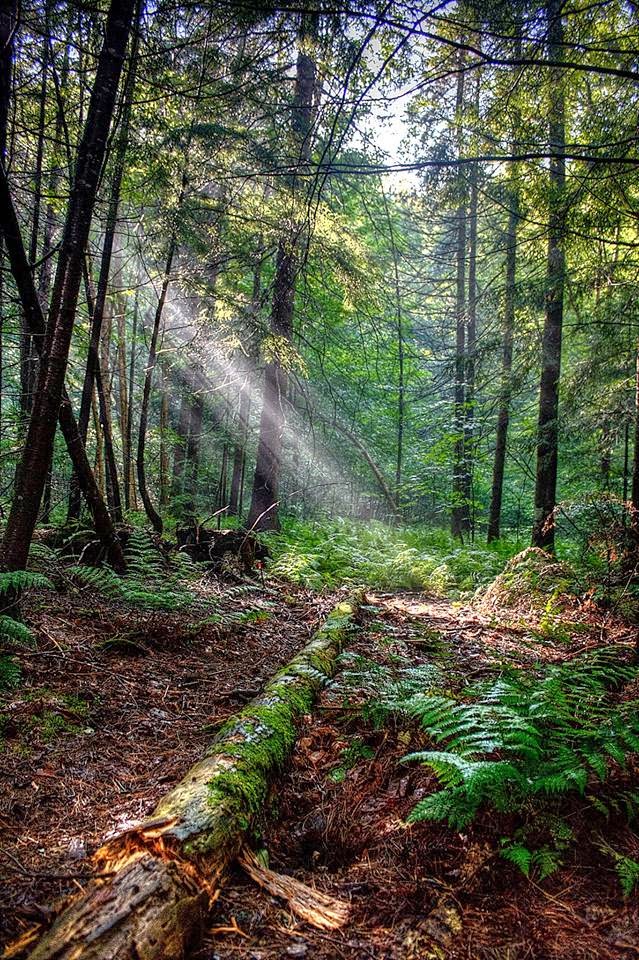 After Rainstorm on Ragged 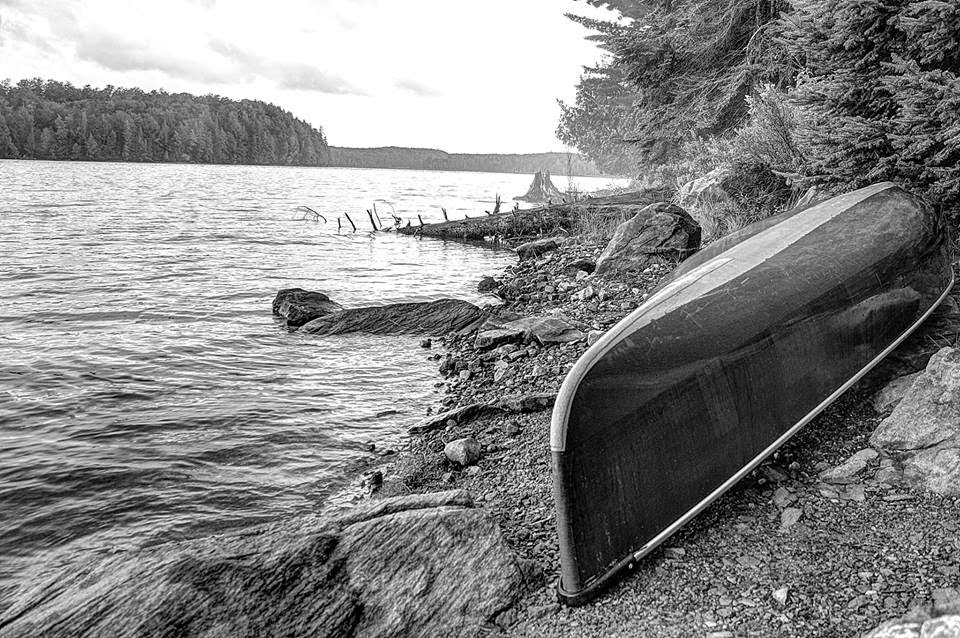 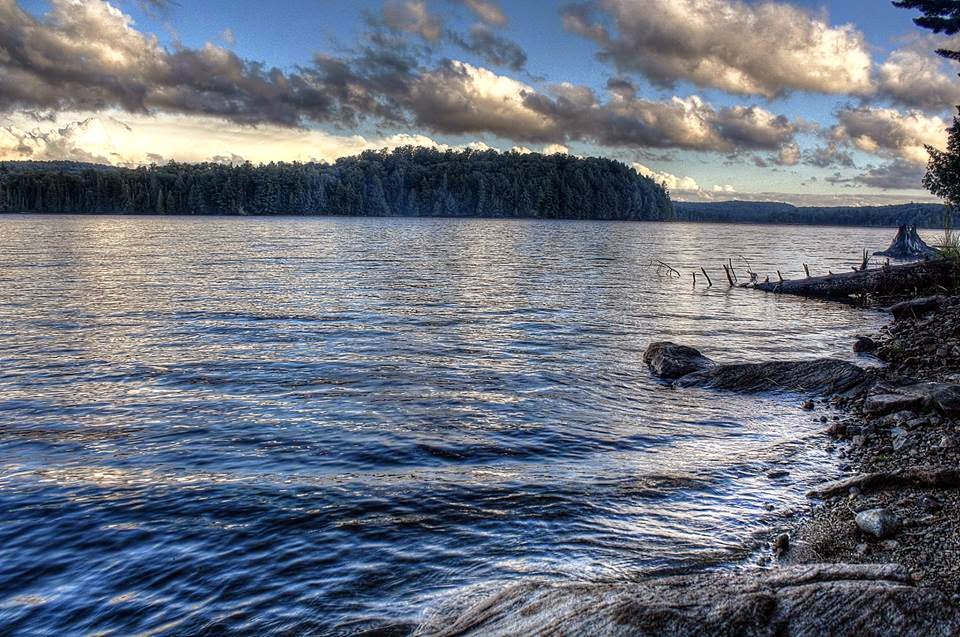 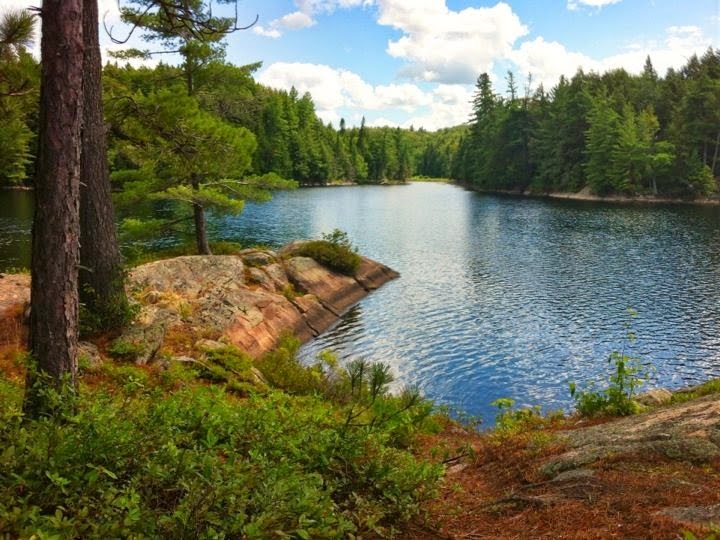